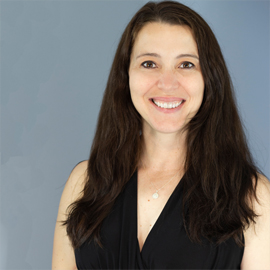 Voice Located at the Perfect 5th

A member of actors’ equity association, she has performed in numerous musicals as well as opera productions. Her Regional favorites include Smoke on the Mountain (Denise), Sanders Family Christmas (Denise), My Fair Lady (Eliza), Carousel (Carrie), Pirates and Pinafores (Mabel and Yum-yum), and singing while playing the banjo, fiddle, and upright bass at the Grand Ol’ Opry and accompanying tv program Opry Backstage. Jen originate the role of Dorothy Norman in the world premiere of Georgia O’Keeffe: A Woman on Paper, a new musical. And she had the pleasuring of sharing the stage with her hubby and son for the first time in Riverside Theatre’s production of Les Miserables.

Most recently, Jen has been focusing on directing shows and teaching voice for her company: Red Accordion Studios. She has directed/music directed numerous shows, including: Smoke on the Mountain, Pirates of Penzance, Seussical the Musical, Hello, Dolly!, Anne of Green Gables, Fiddler on the Roof, A Year with Frog and Toad, Peter Pan, HONK!, All is Calm, and The Three Little Pigs. Jen has taught voice as an adjunct professor and currently maintains a private voice studio. Her voice students can be seen on television, Broadway, National Tours, college stages, as well as local theatres: Fulton Opera House, Dutch Apple, and Sight and Sound.

Lessons focus on posture, breathing, vocal technique, song shaping, character work, and finding your own sound. Jen is accomplished in the teaching of many styles, but specializes in musical theatre, opera, pop,contemporary Christian, and folk.

In the voice studio, Jen is passionate about developing the whole artist, not just the voice. Students benefit from a teacher with firm classical training who continued vocal studies with a renowned musical theatre voice teacher and an opera coach with strong beliefs in not only proper technique, but also acting the song and character study.

@2023 The Perfect 5th All rights reserved. Design by HMHApps