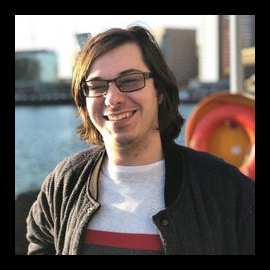 Piano and Keyboard Located at the Perfect 5th

Title: Instructor of Piano and Keyboard.

Justin Pechulis is a pianist and organist based in south-central Pennsylvania. Born and raised in central New Jersey, he began his piano studies at the age of seven, and was often a participant in regular school recitals. He later became involved in his high school’s music program as a member of the choir, jazz band, and concert band, where he learned clarinet.

Earning his Bachelor’s degree in music at Elizabethtown College, Justin studied piano, organ, and pedagogy with Deb Ronning, Anthony Ciucci, and Cheryl Braun, respectively. While at Elizabethtown, he presented junior and senior solo recitals, and was a member of several ensembles as a pianist, vocalist, clarinetist, and percussionist. Justin is currently working toward a Master’s degree in sacred music at Westminster Choir College, where he studies with Tom Shelton and Steve Pilkington.

Justin is the Director of Music at St. Catherine Laboure Catholic Church in Harrisburg, serving as organist and choir director. He has previously held positions throughout the Harrisburg and Lancaster area. As a piano instructor, Justin teaches at Elizabethtown College, and The Perfect 5th Performing Arts Center. He also does additional freelance work as a collaborative and solo pianist. Justin is a member of the Music Teachers National Association and the American Guild of Organists, where he is also the Secretary for the Harrisburg Chapter.