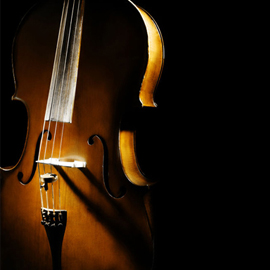 The String Program Located at the Perfect 5th

Greg began his musical career at the age of four, starting on the piano at the musical preparatory division at Elizabethtown College. At eleven, he discovered the cello and began studies with Jill Placeway.

Beginning in his high school years, Greg started private lessons with Richard Winey. Discovering a newfound love for playing, he decided that he wished to pursue music at the collegiate level and transitioned to studying with professional cellist Steven Lavender for the next three years.

In the fall of 2012, Greg attended the Sunderman Conservatory at Gettysburg College, studying with Daniel Levitov, director of the preparatory division at Peabody Institute. During his four years at Gettysburg, he participated in selective groups such as the Gettysburg College Orchestra, Metta Ensemble, Sunderman Strings, and various string quartets and new music ensembles.

Greg currently participates in ensembles across south-central PA including both collegiate and professional orchestras such as the Hershey Symphony and Allegro Chamber Orchestra. He has had the opportunity to study under John Koen, a member of the Philadelphia Orchestra, and Sara Male, a prominent cellist within the central PA area.

Eli Whitehead-Zimmers is 16 years old and has been playing the cello for four years under John Gerschefski, a Julliard-trained string teacher. Eli has played in various ensembles including pit bands, his school's concert band, and Hershey's festival strings orchestra. During his time with Hershey, Eli played at venues such as The Lincoln Center in New York City and a Music Educator's Association conference in Atlantic City. More recently, Eli is has founded the Cosmopolitan Chamber Quartet that meets regularly at the Perfect Fifth and sits eighth chair in the Harrisburg Youth Symphony Orchestra. Eli continues to participate in various ensembles for school and community events, always anxious to share his passion for music and the cello.

Bailey Anderson has been studying cello for 15 years with Sherri Anderson and Barb Lewis. She is currently studying under Ai-Lin Hsieh at Messiah College. Bailey has been a member of the Messiah College Symphony Orchestra since 2017, serving as both principal cellist (‘18-‘19) and assistant principal (‘17-‘18). Bailey has experience teaching ages 4-15 through her work at Blue Mountain Chamber Music Festival, but she is excited to work with all ages. Bailey has toured internationally with Stretto Youth Chamber Orchestra performing in Beijing, Shanghai, and much of Europe. Bailey looks forward to sharing her passion for music with all.